Thank you, Mr. Walsh. I know that anyone who reads this article will benefit from the lessons you share!

And don’t forget to take a look at BestHomeGears.com. It’s full of valuable content regarding how to find the best tools for any job you are working on.

Since I have graduated college, I have had a lot of jobs, some I loved, and some I hated with all my might. However, if you ask me what is the greatest job I have ever had? I’d say it’s that of being a dad. There is nothing more rewarding than to see my 4-year-old smile till his stomach hurts. My wife, Laurel, and I always knew that we would love to spend as much time as possible with Lucas. That’s why we decided to work on our website BestHomeGears.com full time so that it can enable us to have flexible schedules.

However, our happiness was short-lived thanks to the greatest invention of our times, Smartphone. At first, I was amused by Lucas’s skill to operate an iPhone better than my wife and me but as months passed I realized this is turning out to be an addiction for him. He would have a phone with him all the time and I will tell you who is to take the blame here, his parents. It’s easy when your kid is busy and not disturbing you when you have a ton of work to complete but on the hindsight, he simply stops bonding with you, craving for you. We were quick to rectify our mess; we decided to spend as much time as possible with Lucas, without any gadgets.

Since both of us are very outdoor people and love to take up DIY projects, we started to think of ways to get Lucas involved in our projects, without hurting himself, that is. That’s when my mate Jamey suggested buying a chainsaw for Lucas. I thought Jamey had lost his mind when he suggested this, but here is what he was talking about; A toy chainsaw!

When we gave Lucas his first tool that looked like just the one daddy had, he failed to reciprocate 10% of the excitement we had on our faces. He was pretty irritated that we were eating on his subway surfer time. We knew it wouldn’t be easy to get him out of the house when it’s so easy for him to sit on the couch and collect gold coins, so we gave it time.

Pro Tip: Kids have naturally inquisitive minds. Sooner than later they will pick up anything new they see around them.

So after exactly 13 days (yes we were counting!), Lucas got around to opening his new toy. In the meanwhile, I had made a small work table for him too. He asked me to show him how to use it. Next thing we know we spent 5 hours with that toy, I don’t spend that much time with my own chainsaw in a single day!
I think I must not have laughed like that day for months, but to have that feeling where you feel you have regained lost connection with your son is unbeatable.

There is still a long way to go for both of us, but I definitely feel that we have made a start. Sometimes we get so caught up in this mad race called life, that we forget the things that truly mean something to us.

Spending time with your kid is not just great for your peace of mind but also has a positive psychological impact on the child as well. There are a lot of scientific studies that show that good child-parent relationship reduces the risk of obesity, violent behavior and social development issues in kids.

You don’t have to always take your kid to a trampoline park or baking classes, I know that’s hard. However, there are simple things that you can do at home like solve puzzles together or simply draw together. Come to think of it, the activity you do is the least important part of it all.

Oliver Walsh
Founder at BestHomeGears.com
Oliver is your next door DIY enthusiast, you can check out his website BestHomeGears.com. He started working on this website with his wife Laurel to bring out their story, adventures, and misadventures to more people out there!

Latest posts by Oliver Walsh (see all)
Post tagsCourageFamilyFatherhoodImprovementLeadershipRelationshipSelflessnessServing Others 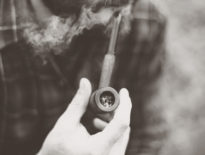 Guest Articles How to Craft Your Own Pipe From Scratch 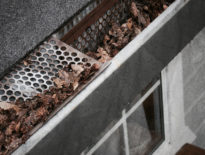