In this moment, gentlemen, you’ve hit the “sweet spot”.

A moment that encourages you to open your senses, and to truly appreciate the experience that the smoke has ushered you into.

In the same way, it’s important to take time in our lives to slow down, and open our senses to the world around us. To take notice of the good things going on and the good people doing them.

These are life’s “sweet spots”, and your Monday could use one…

Every year, Jeremy Miller’s dad makes him the coolest Halloween costume ever.

This year may be the best yet.

The 8-year-old California third-grader is driving around in a “Ghostbusters” Ecto-1 vehicle, propelled by his wheelchair and featuring all the expected bells and whistles — even a working siren.

Last year, his dad built him a “Star Wars” snow speeder that even got a mention on Twitter from Luke Skywalker himself, actor Mark Hamill.

Ryan Miller builds each year’s costume around his son’s wheelchair or, before he had one, whatever apparatus he was using. The idea started when Jeremy had hip surgery as a toddler and had to wear a “hip spica” cast that immobilized most of the boy’s legs.

“We specifically asked to make them red so we could turn them into Lightning McQueen,” Miller told TODAY.

The following year, Jeremy was using a walker, which got turned into the Batmobile.

Snowspeeder from Empire Strikes Back (2015)

His neighbors kept up the pressure.

Jeremy was born with spina bifida, a birth defect in which the baby’s spinal cord fails to develop properly, and he has had numerous surgeries since he was born. He plays wheelchair basketball, rugby and soccer. He rides the ramps at the local skate park and also has tried his hand at surfing.

Miller, who works in IT for an auto dealership, says the Halloween costumes he creates every year allow his son to be the center of attention in a way that draws positive attention to the wheelchair.

“When he’s out at school and things like that, he has his friends, but sometimes they run and they just leave him behind,” he said. “Part of the reason we do this is because people come to him, so he’s the center of attention, and he loves it.”

The creations also allow Miller, 37, to tap into his artistic side: Jeremy’s wheelchair also has transformed into Captain America’s motorcycle, a brightly lit float in Disneyland’s Main Street Electrical Parade, and a Star Wars TIE fighter.

But Miller said this year’s Ecto-1 was definitely more challenging than the other costumes.

“In the past, we kind of stuck with PVCs and zip ties, and either cardboard or foam board. But this one had a lot more going on,” he said. “I spent a lot of time looking on YouTube for different tutorials, but it’s been fun.”

Ideas for the costumes involve a family brainstorming session with Miller, his wife, and all three of their children, including Jeremy’s big sister, Kimberly, 10, and 3-year-old brother, Benjamin.

In the past, the costume would be kept under wraps until its public reveal, usually at a neighborhood Halloween party. But Miller said this year they decided to take suggestions from friends and put the top four ideas up for a vote. Miller then posted pictures online of the costume as it came together.

Jeremy is a huge fan of all three “Ghostbusters” movies — the original, its sequel and this year’s remake of the first film. He’s also watched a cartoon version of the show that is available through Hulu.

He gave the car a test drive during a checkup last week at a children’s hospital in San Diego.

“We got to share it with patients there and all the kids were smiling and reacting to him,” Miller said. “Jeremy loved that. He said, ‘I liked that it made kids smile.’”

Miller said that he understands when people describe his son as being restricted by his wheelchair, but in reality the wheelchair never holds him back in life.

“It’s just part of the parlance of what people say, that he’s ‘confined to a wheelchair,’ or ‘wheelchair-bound,’ but really, his wheelchair is what gives him freedom, what gives him the ability to do much more than he would otherwise,” Miller said.

“He’s a great kid and he’s able to do so many things that just astound us. This is just another way to help him feel special and help him realize that even though he can’t do some things, he can do a lot of other things that are great.”

This article was originally posted on today.com. 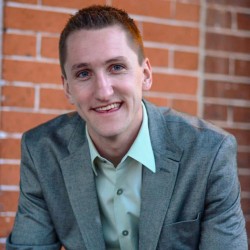 Brandon Reed
Founding Member at The Distinguished Society of Fine Gentlemen
"Leadership is a potent combination of strategy and character. But if you must be without one, be without the strategy." - Norman Schwarzkopf

Words to the Wise It Is More Important To Be Kind, Than It Is To Be …