“This is Halloween, this is Halloween,” are potentially familiar song lyrics if you were alive in the 90’s. And with Halloween just a few days away we will distill some lessons on gentlemanly leadership from an unlikely place…

The first full length claymation movie, Tim Burton’s The Nightmare Before Christmas. Today we will be looking at the example of one of my teenage heroes, Jack Skellington!

I admit Jack’s track record is not spotless; there is the whole almost destroying Christmas, overseeing the kidnapping of Santa, being driven to the point of insanity, and of course that he is a fictional character who is in fact dead and is the ringleader of a town that seeks to terrify boys and girls.

This last point is one of the most delightful parts about this movie; the denizens of this macabre underworld are represented as alive, full of passion, and normally functioning members of their society. Tim Burton, using the fiction writers most potent tool, builds a world where we feel at ease simply because it isn’t our situation, but draws attention to problems that present in our daily lives.

As we investigate the actions of this unearthly spectre we will delve into humble leadership and its practical outplay. We will analyze four parts of Jack’s leadership, with the majority of insights coming from the soundtrack. It is highly recommendation that you listen to the whole album, but if time is limited at the very least listen to the songs that correspond with the following paragraphs.

We, at the Modern Day Gentleman, never tire highlighting humility as the skeleton key, as the case may be, to effective leadership. The beginning of this movie shows our hero trying with all his might to shake the bounds of his established fame. Yes, there is a point to which Jack is simply tired of the same thing, but as he begins to sing we receive a clearer glimpse of his struggle:

“But who here would ever understand that The Pumpkin King with the skeleton grin would tire of his crown, if they only understood, he’d give it all up if he only could…the fame and praise come year after year, does nothing for these empty tears.”

These lines occur after Jack has listed off his long list of achievements, up to and including seeing grown men give out a shriek. This is powerful because we see that humility is not downplaying our accomplishments or abilities; it is not touting them. A simple definition that has always resonated with me is, “Humility is not thinking less about yourself, it’s thinking about yourself less.” Jack’s humility allows him to fully understand his potential but not to ostracize those around him, which is highly important since Jack can’t realize his passion without his fellow citizens.

Upon Jack’s return from Christmas land he is fascinated by what he has seen. Something new and different, something that has made him feel again, but now comes the challenge of communicating his “most improbable dream” to his town mates. This song is an interesting one; You could say that Jack manipulates the denizens of Halloween Town into doing what he wants, and to a degree you are correct. But there is something else that you must consider… 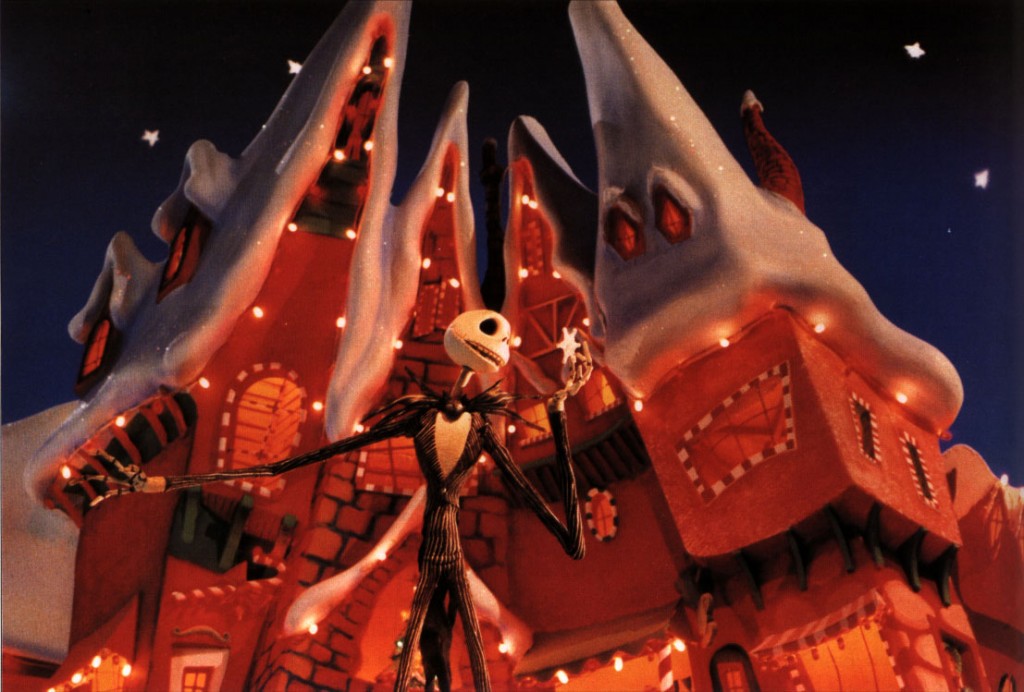 Jack telling the town of his “most improbable dream”

The humble leader understands that not everyone’s goals are the same. Jack in this sequence quickly realizes that those around him don’t see the same end goal as him. As he is trying to describe the wonders of Christmas tradition he is continually interrupted by the crowd. Finally, Jack states, “Everyone please now not so fast, there’s something here that you don’t quite grasp. Well I may as well give them what they want…”

And then after describing the supposed gore and horror of “Sandy Claws” Jack remarks:
“Well at least they’re excited but they don’t understand that special kind of feeling that’s in Christmas land… Oh well.”

While Jack is sorrowful that his peers do not see Christmas as he does, he understands that their goal is in fact perfect for them and strives to encourage them in that.

Gentlemen, it is in all humility that we must value the goals of those around us even if they are in conflict with our own. We can only encourage them as far as we understand what they are trying to accomplish.

We can only encourage our peers as far as we understand what they are trying to accomplish. Click To Tweet

With the people of Halloween Town on board, Jack, with their goals and his in mind, sets out getting them to work. His leadership potential rises to a crescendo at this point.

It beings with Jack divvying out tasks to those most suited to complete them. To the famed trick-or-treaters he gives the task of kidnapping “Sandy Claws”, to the girl with sewed on arms the task of making his outfit, to the crazed scientist the task of creating his skeleton reindeer, and so on. 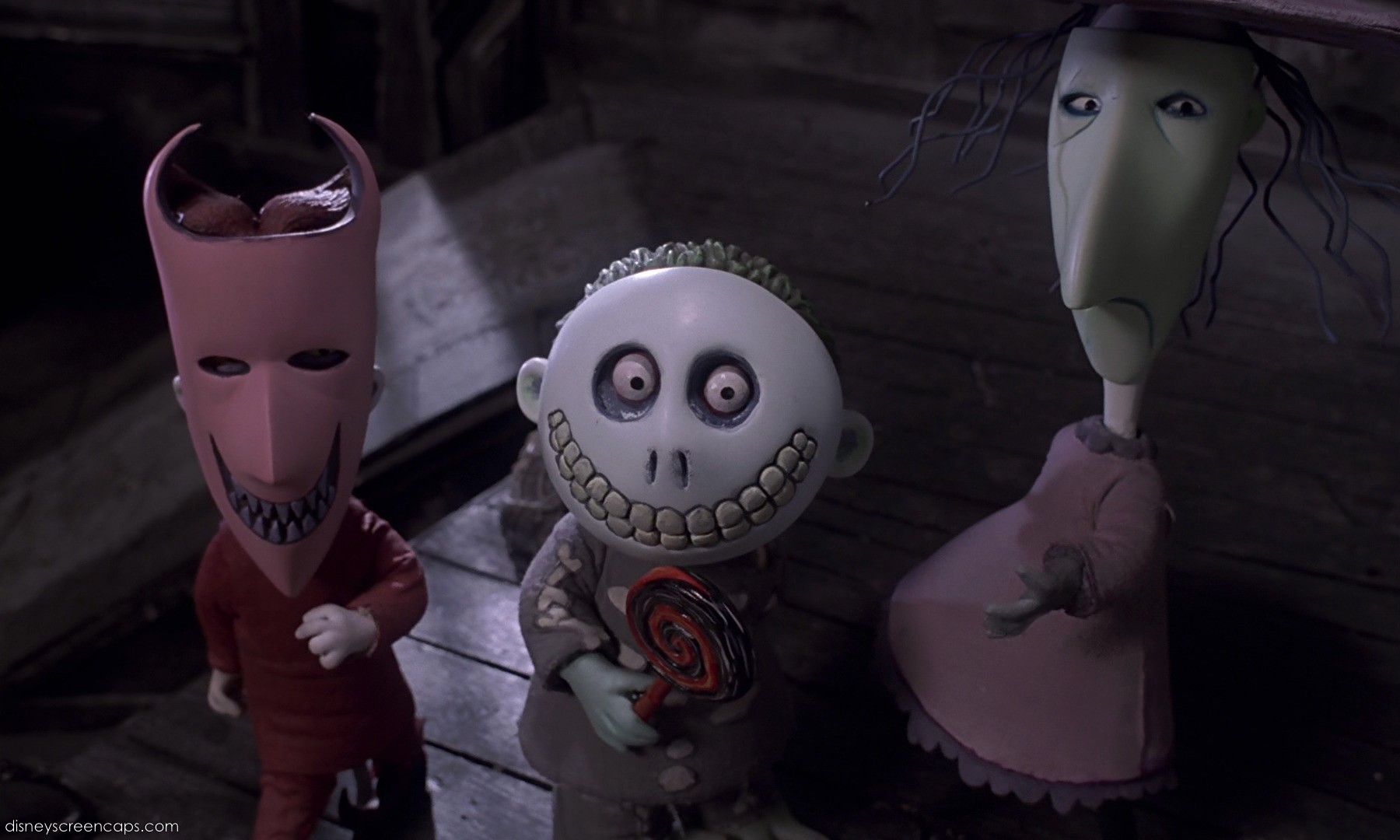 Then as each person is at work completing their tasks Jack travels around to encourage them. Again he keeps their goals in mind as he tries to get them to realize their maximum potential. My favorite quote of Jack’s in this song is, “My compliments from me to you on this your most intriguing hat, but try instead this substitute and bat in place of this old rat.”

Reader, as you are leading those around you, either from the back of the room or the front, remember that they need encouragement as they pursue their goals. Condemnation will destroy; encouragement will build up.

Making a mistake and making it right.

Our final instance of Jack’s humble leadership comes near the end of the movie, and unfortunately there is no song to go with it. Jack is shot out of the sky as he is trying to deliver Christmas for the year. It turns out the haunts and ghoulish toys of Halloween town are not what good little boys and girls were hoping for.

As Jack revisits his lament in the graveyard, he realizes the mistake that he made in attempting to take over another holiday. He then dashes off to get “Sandy Claws” who is now at the mercy of Jack’s nemesis Oogie Boogie. After a short scuffle with his antagonist, Jack safely returns Santa to Christmas Town and Christmas is saved.

The moment in the graveyard is critical to Jack’s leadership. At that moment, Jack goes from being a good leader to a great one. He acknowledges the error of his way and quick set out to make it right. In his case it works effectively 100%.

In our case, sadly, it will not work 100%. When we are dealing with the challenges of life and real physical people, with feelings and emotions, we are always at risk of placing our own self-worth above the other person, but a great leader simply cannot do this. A great leader can reflect and see situations are they truly are and understands that often the only person to blame for our mistakes is ourselves. Let’s take a lesson from the Pumpkin King and fix our mistakes promptly and lavishly.

Gentlemen, it is my hope that this unique look at leadership will change our daily interaction with those around us. We have seen that: While seemingly counter-intuitive, leadership from a place of humility is highly effective. Our ideas and passions are meant to be shared while respecting that others might not have our direct goal in mind. The words that we use are monumental in encouraging others to reach their maximum potential. And that a humble leader acknowledges and apologizes for their mistakes with haste. 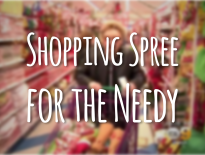 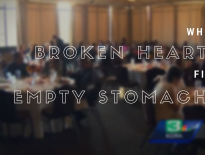